Agriculture is a constant battle against viruses and bacteria, while farmers try to protect their crops through the means available to them. The cost of yield losses and undesirable crops worldwide due to these invaders is an astronomical number every single year. Thus, any opportunity to provide protection against a wide swath of the attackers is an opportunity to change the world.

In this study to be published in October in the journal Molecular Plant Pathology, the creation of a potyvirus resistant Arabidopsis (Rockcress) plant thanks to the simple gene modification abilities of CRISPR, along with the formation of heritability of transgenes without actually passing on the outside genetic material, is discussed. 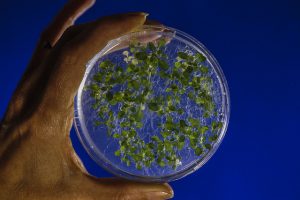 Potyviruses are one of the largest known plant virus families, making up approximately 30% of the viruses that have been found to attack plants. They have proven to be a huge agricultural hazard and certain individual species of the family destroy the most common and sustainable crops grown in the world, such as potatoes.

Resistance against this family of viruses have been a long term area of research and it has been slow-going identifying what genes can help give such resistance. In previous studies, the eukaryotic translation initiation factor (eIF) gene family have been found to work against various potyviruses within a number of different crop species.

However, expression has sometimes been an issue due to the gene family being recessive, meaning that only a set of the genes from both parent plants will activate the resistance. Even worse, traditional methods of gene transfer, such as backcrossing and hybridization, have had little luck in successfully transferring this family of genes.

The researchers for this study decided to use CRISPR/Cas9 to add point mutations that were actually deleterious toward the function of the eIF genes, since past evidence has shown that mutations that broke the function of genes in this family sponsored the resistance trait to become active. Though only against certain potyviruses, but important ones, such as Lettuce mosaic virus and Tobacco etch virus. 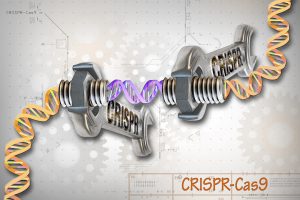 This is totally how this works

Then they bred the plants and created several new lines, the purpose of which was to keep the activating mutation for the resistance while having the transgene used be bred out. Out of the 55 resulting “non-transgenic” plants, 39 kept the desired mutation.

The final test was to expose the new generation of plants to a potyvirus, Turnip mosaic virus was selected, in order to see if they had kept and now properly expressed their resistance. And it was a complete success. The wild-type plants had no resistance to the virus, while the newly created mutant plants had no problems. There were also no differences in growth or development in the mutants as compared to the wild versions.

This study opens up a myriad of future options for plant growers against one of the largest crop destroying virus families out there. While this study only showcases the defeat of the turnip attacking virus, its results can be used in dozens of other crops. The authors even noted at the end of their study that while working on the manuscript they heard about another successful study using similar methods that created resistance in cucumbers.

Finally, the ability to remove the outside genes that were used to create the resistance both allows a more direct genome change and also, one would hope, settles the fears of those that freak out about transgenic transfers to make “GMOs”.

The other benefit is that, with the transgene removed, the resulting third generation plants with the resistance do not count as transgenic and do not have to go through the long, overdone regulatory system that other “traditional” new crop breeds also, hypocritically, do not need.