Corn has become one of the primary crops grown in Africa over the years, largely in subsistence farming to feed populations. Being a versatile crop that can grow in a variety of environments, especially warmer ones, it is no surprise that corn cultivation has thrived in Africa. Such as in South Africa that has been among the top 10 corn producers in the world over several years.

However, other conditions make corn growing troublesome in the region. Consistent droughts are a problem for any sort of crop and the existence of several species of stem borers have devastated corn growth across the continent. And since 95% of all corn grown in Africa is directly used for local food production, any negative impact on crop growth can lead to widespread famine and tens of thousands of deaths.

In this study to be published in November in the journal Crop Protection, the effects of Bt corn on invasive stem borer insects such as the maize stalk borer (Busseola fusca) and the spotted stalk borer (Chilo partellus) on yield performance, overall leaf damage, and how far they managed to tunnel are discussed. This is done by conducting a confined field trial for three seasons from 2013-2014 in Kenya that specifically grew Bt corn.

Stem borers are some of the most feared insects among farmers of long stemmed plants such as corn. The maize stalk borer is bad enough, but at least it originally hails from Africa and has been dealt with in the region before, but the spotted stalk borer is an invasive species that has been found to be even more voracious. Imported to Africa at the beginning of the past century, they have contributed to widespread famines and even displaced some of the other stem borer species from several of the northern regions. 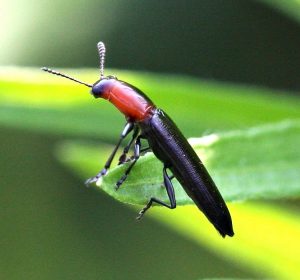 Together, these two species annually destroy about 14% of all maize yield produced in Kenya, enough food to feed over 3.5 million people. While insecticides have proven effective against them, there are health aspects to consider and also the sprays are often far too expensive to be feasible for subsistence farmers. Bt corn is a big opportunity to help farmers combat stem borers while not having to worry about health problems and the cost only being slightly higher than the normal price of corn (in some cases, exactly the same or even lower, depending on the supplier).

The confined field trials for the spotted stalk borer were conducted at the Kenya Agricultural and Livestock Research Organization under conditions optimal for both corn growth and insect growth as a test of how the corn would defend against the strongest possible conditions for the insects. Multiple sets of each cultivar were planted, with some of each infested with the insect’s larvae and some not. The field trials for the maize stalk borer were held at a different location more suitable for the insect’s growth, as the two insect species thrive under different conditions.

The results of the study saw significant differences in all categories between the differently tested cultivars. Overall, the second and third season was more rigorous than the first for all plants, seeing more damage in total. The average of all three seasons was taken for each individual cultivar being tested.

Conclusively, Mon810 Bt corn was shown to be more effective in yield and resistance against attack by two of the more deadly insect pests to live in Kenya. Once widespread growing of the crop is started, food security for smallholding farms will increase significantly, lowering the risk of local famine and improving quality of life in general. 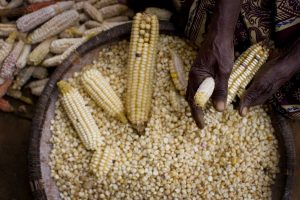 Of course, Bt corn won’t last forever. It is inevitable that resistance will form against it eventually, but the risk can be lowered by planting refuge crops of non-Bt corn in fields. The genetic set up for the crop, however, is such that it would require multiple mutations for an insect to become resistant and, outside of South Africa, the non-uniform planting and growing methods of the rest of Africa should further delay that from occurring.

Bt corn can also be used in an integrated pest management system and will ultimately require that other methods against pests are still maintained to some extent. The main benefit though is that, since the anti-stem borer qualities of Bt corn are in the seed itself, it lessens the amount of knowledge needed to create an effective system against pests, which will benefit smallholder and subsistence farmers the most.

All in all, the introduction of Bt corn into Kenya and the rest of Africa can help improve the amount of corn produced and increase the income gathered by all farmers and bring many out of poverty and subsistence farming. It offers a way to help the people of Africa, one seed at a time.

Study Link:
Resistance of Bt-maize (MON810) against the stem borers Busseola fusca (Fuller) and Chilo partellus (Swinhoe) and its yield performance in Kenya

Liked it? Take a second to support Bioscription on Patreon!