Smoking has long had a cultural history associated with weight loss. Even without understanding the biochemistry involved, ancient peoples and cultures all the way up to modern times have associated smoking with appetite suppression. Going off smoking has then often resulted in huge weight gain, related to a higher caloric intake afterward and a slower metabolic rate for some time due to having eaten less previously. Even cigarette advertisements from the 50’s would associate smoking with weight loss, directly stating as such and featuring slim models in order to entice customers.

In this study to be published in December in the journal Biochemistry and Biophysics Reports, researchers look into the effects of nicotine on learning behaviors and food intake using the invertebrate model organism C. elegans, a nematode, and the role that serotonin plays as well in the biological process. Genetically modified lines of C. elegans are also used to see if certain genes being turned on or off play a role.

One of the problems with studying the neurological effects of addictive substances like nicotine is that, the more complicated the model, the more variables that have to be tracked and the higher likelihood that results will be inconclusive or wildly different between different research groups. And that’s exactly what happened when testing on mouse models, where different studies found that chronic nicotine exposure improved, impaired, and had no effect on their learning behavior, respectively.

That’s why C. elegans was chosen for this study, as its much simpler structure means that the neurological effects can be mapped (and modified) far easier. Since it only possesses 302 neurons and its genome is already well understood due to it being a long-studied model organism, it is perfect for investigating the impact of addictive substances. 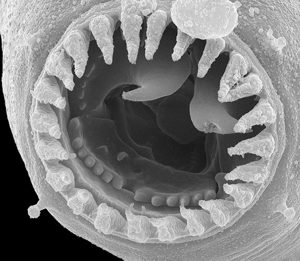 The main focus of this study is tracking the gustatory plasticity of C. elegans in response to nicotine exposure in different amounts and for different amounts of time. While that would normally refer to appetite directly in other models, in this case, that refers to the chemical attraction of the nematode toward salt, which often indicates a food source of some kind.

Serotonin played a part in the experiment by exposing the nematodes to a solution of it in separate plates, depending on whether they were a part of the nicotine included group or the control group. The different groups also were split into nicotine exposure times, with some only having an acute short time period of 15 minutes and others having a long chronic exposure that lasted up to 75 hours. Exposure was also split into separate periods of development, depending on whether the nematodes had just emerged from eggs or were in the worm development stage.

Prior published research from the scientists involved in this study found that two separate pathways occur from exposure to nicotine, depending on the amount of exposure. This is why the experimental groups were split between an acute short period and a lower dose chronic long term period. Serotonin and dopamine were both involved in the expression of these neural pathways. Without them, neither of the effects occurred from nicotine, as they were not incorporated into the consumer’s neurochemistry.

Converting the results over to what it means for humans, the short term resulted in decreased appetite (or plasticity in the case for C. elegans) overall, but a long term chronic exposure actually reversed the effects. The former was proposed by the researchers to be the result of nicotine blocking the sensory information of food to be expressed to the individual, causing them to essential “starve” themselves by lack of awareness of their own appetite. The gene tph-1 was also found to be related to this abnormal behavior and changed metabolism.

Serotonin and dopamine are believed from the results to have opposite effects, but to work independently of each other and at different times. As a neurotransmitter, when nicotine exposure occurs, serotonin is released, causing the resulting good mood feeling when smoking. This feeling also works to block other transmissions from occurring, such as desire for food. 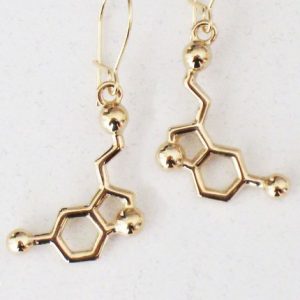 As exposure to nicotine becomes chronic and longer-lasting, it is thought that dopamine starts to be released from as yet unknown neuron connections and this builds up over time to eventually override the appetite inhibition effect of serotonin. This results in appetite being felt again, but even stronger than it would normally, causing overconsumption

The genes tph-1, mod-5, and bas-1 were found to be involved in this entire process, but their exact involvement remains a mystery, as they had differing and conflicting impact on whether appetite inhibition occurred from serotonin or not and the opposite for dopamine. The expression of these genes may change depending on the amount of exposure time to nicotine, but more genetic-based study is needed to determine the exact effects.

So, does smoking lead to weight loss? A tentative yes, but only in the sense that you don’t notice your own appetite. Meanwhile, long-term high-dosage exposure to nicotine could potentially negate that, not to mention likely have toxic effects at such an exposure. And that’s all without even touching on all the other things included in all aspects of smoking that do no favors to one’s health.

The effects, in general, are still minimal and not a solution to anyone’s desire for a weight loss miracle. Just as some heavy-duty drugs lead to temporary weight loss, such as cocaine, it isn’t sustainable and isn’t beneficial for one’s metabolism. And the rebound will eventually undo any benefits, if not go even farther the other direction. Does that mean nicotine is useless? Not necessarily. There are certainly medical benefits that can be utilized from nicotine and, regardless, understanding the biochemistry and genetic impact of it can only help science and society.

Since knowledge is power and you never know what you’ll find.