A major concern related to the ever-increasing population of humanity globally is the also increasing amount of overfishing and over-usage of some environments for agriculture. The response to the former has been to push more for aquaculture, essentially fish farming, in order to allow oceanic and river fish environments to recover from the effects of human involvement. Thus far, this has been an incredibly successful maneuver in the places where it has been enacted and aquaculture has quickly started to become even better of a fish yield generator than ocean fishing itself.

This, however, does come with its problems. In this study to be published in November in the journal Developmental & Comparative Immunology, researchers look into the current status of fish vaccination methods and the ability of new technologies to allow oral vaccination to finally be a viable and more cost-effective method of safeguarding the health of farmed fish. The use of zebrafish as a model organism for fish testing is also discussed in regards to whether it is effective or trustworthy for results from vaccine design.

While being able to raise more fish without harming outside environments, aquaculture does come with the problem of density once enough fish farming has been started. With more fish in an enclosed space, higher stress occurs and leaves the fish vulnerable to infection. Administering vaccines can be done orally by inclusion in feed, by having the fish be added to a smaller water area for a time that has the vaccine in it, or via direct injection as with humans. The latter is the most successful method thus far, but puts a large amount of stress on the fish themselves.

In order to improve the efficacy of oral vaccines, some improvements need to be made. First, the consumption of vaccines means the antigen material must be able to survive crossing through the gastrointestinal tract to some extent without harm, including exposure to acids in the stomach. As a prior Bioscription article noted, this is difficult to accomplish in the first place. The fish’s biological system is also fairly tolerogenic, meaning that it can develop resistance to the antigen in a way that doesn’t make it work as a vaccine.

The effectiveness of such vaccines has always been a problem, to the extent that only 5 have ever been approved for human use, four of which are oral polio vaccines and the last is the nasal vaccine for influenza. While there are plenty of other oral vaccines being worked on right now, they face a number of challenges relating to actually conferring immunity and with limiting potential side effects. In most cases, they do confer immunity, but only for a short time period and not the years-long type of immunity that is desired for a truly proper vaccine.

A current method being applied as an oral vaccine is using a full bacteria that’s been inactivated and has been genetically modified to be expressing the desired antigens, rather than just using an encapsulation method for the antigens. While this has helped to solve the survival of antigens problem, the length of immunity protection has been found to last only for a few months. Though addition of adjuvants to the vaccines have been found in some studies to significantly increase fish survivability within that short time frame. 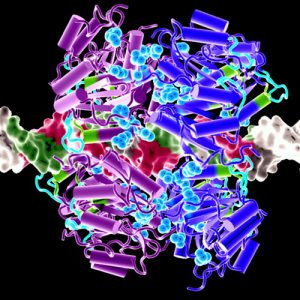 Another method to be able to produce a large amount of oral vaccine antigens is to genetically modify plants to produce them, which could easily be scaled up for minimal cost. Studies in both mice and fish have found these plant-produced antigens to work just as well for vaccination purposes. Bacterial production from commonly modified bacteria such as yeast is also a method to scale up production of antigens. This would also allow easy mixing of the modified yeast into fish food for consumption as oral vaccines.

Not all types of vaccines, however, can survive in an unencapsulated state, nor can they be easily directly produced from other methods. Especially if they need to be taken up by the fish at a certain spot in the digestive tract. Utilization of microfold cells (M cells) is a new technology that can take up microparticles and purposefully transport them to the desired location in the small intestine. Bio-encapsulation in small creatures like water fleas is another avenue, as is microencapsulation in specially designed polymers.

Live viral vectors is a method still being researched and has only been employed in isolated cases, whereby live viruses of little safety concern are modified to contain the desired DNA or RNA. The viruses are taken out by the fish’s cellular defenses, but the antigen gene is remembered and confers the same defenses as a vaccine itself. There is still more work that needs to be done in this regard though, as applying the viruses orally is tricky to accomplish, along with causing the desired amount of immune system response.

Zebrafish: Hot or Not? 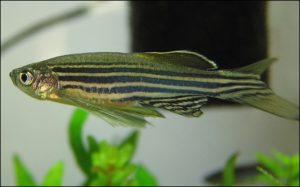 For these tests, the zebrafish is the model organism of choice. While becoming a more common test subject in recent years, with many transgenic lines having been made for different kinds of testing, it has been underutilized in aquaculture studies thus far. Using a zebrafish model in combination with labeled antigens would allow direct investigation of how effective oral consumption is for the vehicular methods discussed above. Fluorescent markers such as GFP could also be used to track how the antigens are moved throughout the fish’s body.

There are some negatives and limitations of zebrafish as a model though. Being a freshwater fish suited to a certain temperature range, the usefulness of transferring results to some of the fish used in aquaculture that are saltwater fish is questionable. Furthermore, as omnivores, they have a very different digestive system than carnivore exclusive fish in terms of their microbiota. Final confirmation of any results, due to this, will likely need to be done in the species of interest itself, but the zebrafish can still be used for initial testing.

There are dozens of paths currently being researched by scientists to develop new ways to treat fish (and humans for that matter) in order to protect them from diseases. And, in the process, they will allow aquaculture to be successful and to take pressure off of the oceans and rivers of the world to at least some extent and give the water environments the chance to renew themselves and recover.

This is just one solution among many, but with the right mix of that many, maybe we’ll be able to save the whole.